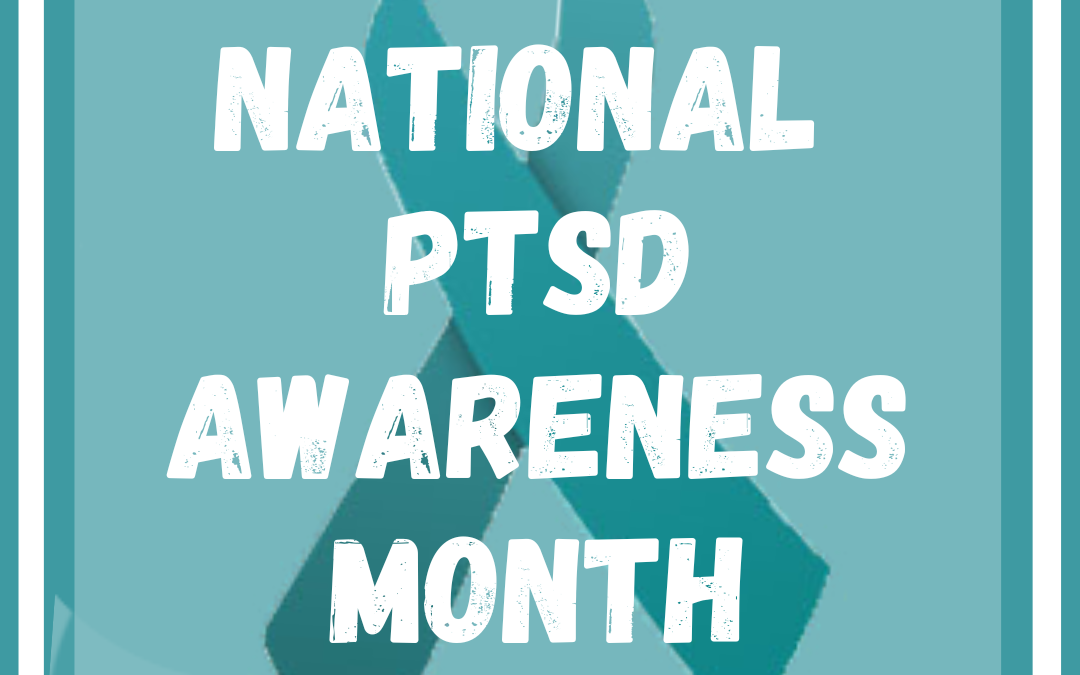 June is National PTSD (Post Traumatic Stress Disorder) Awareness Month, and it is important to highlight that many, many survivors report suffering from PTSD after they leave the trafficking experience. Therefore, understanding what PTSD is and how it affects a person’s ability to cope, recover, and even communicate, will be paramount in how we address survivor needs.

When we understand what PTSD truly is, then the increase makes sense. According to the Mayo Clinic, “post-traumatic stress disorder (PTSD) is a mental health condition that’s triggered by a terrifying event — either experiencing it or witnessing it.”  Amanda Gopal, LCSW, founder of The Hundred Movement, who specializes in sexual assault, PTSD and sex trafficking, coined PTSD as a “disorder of remembering” during the N.C. Human Trafficking Regional Training in 2021.

She outlined how the brain, when going through a traumatic experience, does not file away memories appropriately and PTSD is born when the survivor is reminded of the trauma through various triggers. Instead of only remembering the trauma, the brain is actually reliving the event causing a fight, flight or freeze response. This response will often interfere this survivor’s ability to live a normal life and cope with day-to-day stressors

PTSD is often co-occurring with substance use disorders, as well, which will further complicate a survivor’s ability to recover from both diseases. As to why these two diagnoses go hand in hand, the
“Posttraumatic Stress Disorder and Co-Occurring Substance Use Disorders: Advances in Assessment and Treatment” published in the National Library of Medicine said “Several theories have been posited to explain the functional association between PTSD and SUDs. The self-medication theory, perhaps the most prominent theory, postulates that substance use serves as an attempt to alleviate PTSD symptoms.” In light of the comorbidity of these issues, treating both simultaneously will likely improve survivor outcomes.

People who suffer from PTSD often have suicidal thoughts, ideations and attempts.

If you or someone you know has suicidal thoughts, get help right away through one or more of these resources: 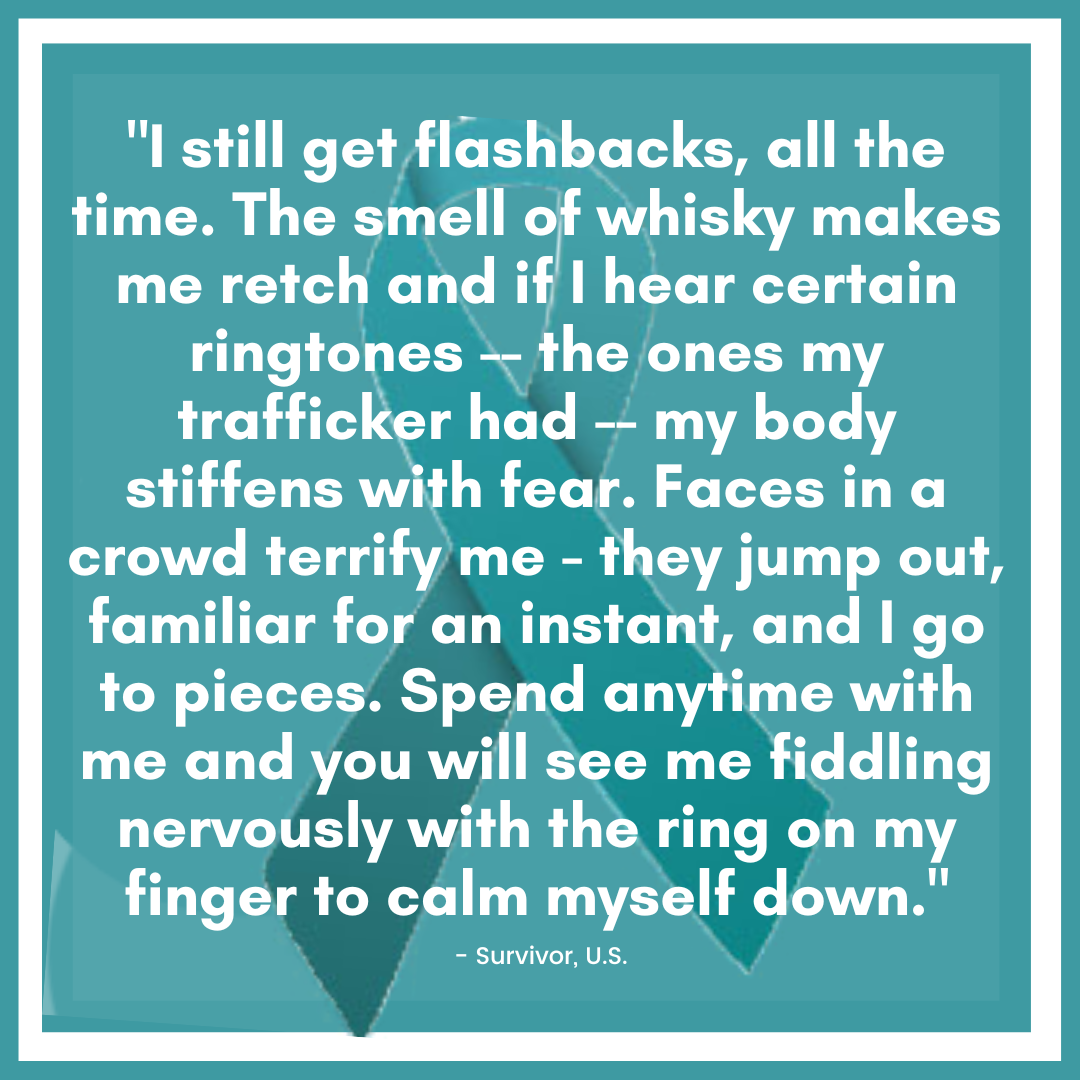 (from the Mayo Clinic)

Changes in physical and emotional reactions

Negative changes in thinking and mood

For children 6 years old and younger, signs and symptoms may also include:

Melinda Sampson is the community outreach coordinator at NC Stop Human Trafficking. She can be reached at melinda@encstophumantrafficking.org