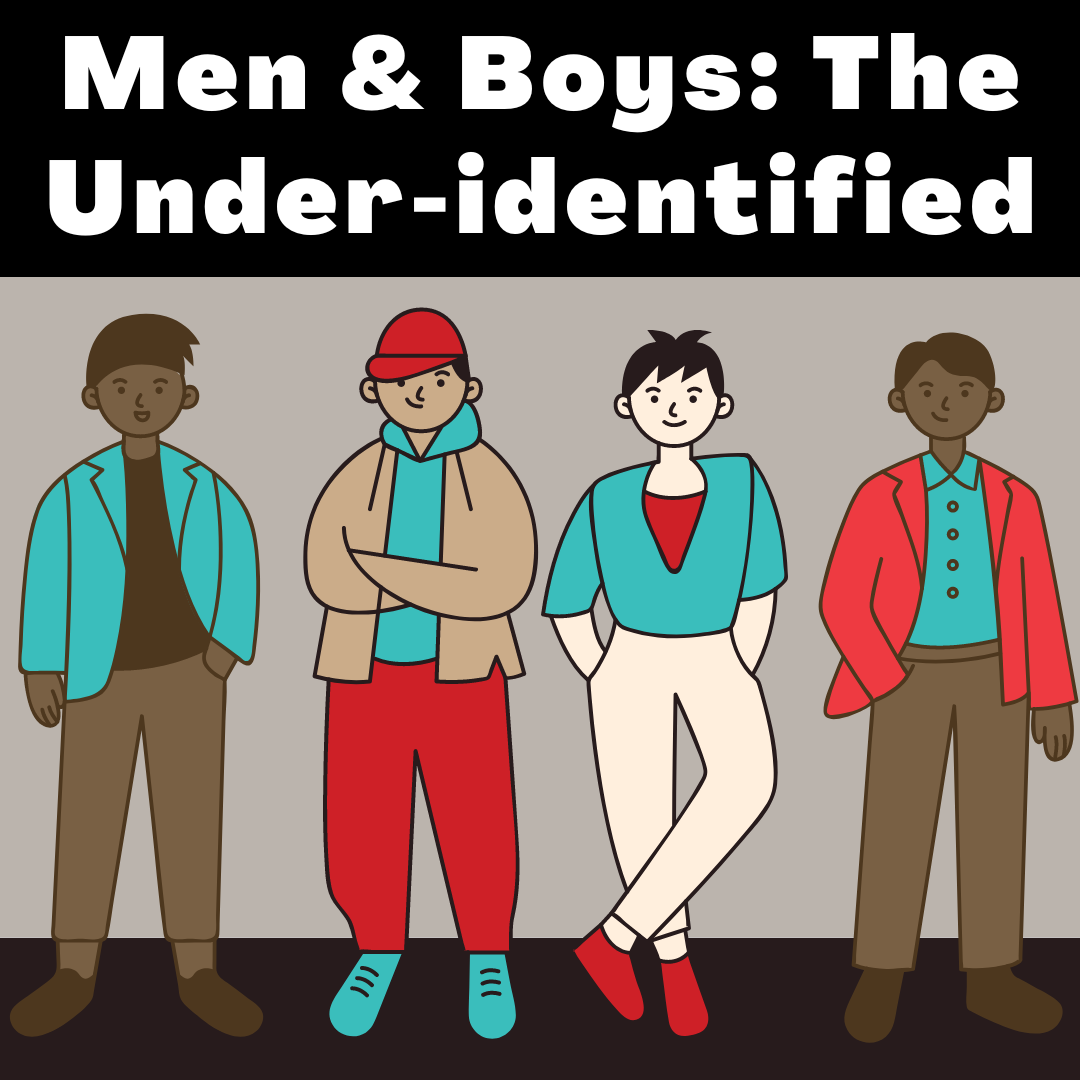 Men and boys oftentimes go unseen for an array of reasons. One reason is the female-victim/male-perpetrator paradigm. In some of the anti-human trafficking movement and in society in general, seeing a male as a victim of violence related to exploitation seems unlikely to the public at large. In reality, it is not unlikely at all, but because males are seen as the aggressors or the perpetrators of these crimes, then identifying them as a victim becomes something that does not happen as regularly as it should.

The truth is men and boys are recruited into sex trafficking very much like girls and women are. They have the same vulnerabilities, whether that be involvement in the child protective system, homelessness, past abuse experiences, poverty, substance use disorders and/or discrimination. Those vulnerabilities lead boys and men down the same path of exploitation that girls and women experience.

While looking at how men and boys are unseen, it is even more bleak when examining the available resources for them if ever they are identified. Bob’s House of Hope in Texas is the first shelter designed to serve male victims of human trafficking over the age of 18 in the U.S.

The USIAHT Boys Safe Home in Florida is one of the first shelters for male victims of human trafficking who are under the age of 18.  There are very few options available for boy and men survivors of trafficking.

It is important to note that there are few safe houses for human trafficking survivors in the U.S. to begin with but looking at male victimization the resources are clearly unavailable.

Men and boys are victims of human trafficking, too. To see change and to help more survivors, it is important to put aside the preconceived notion that males are perpetrators or protectors and understand that they, too, need assistance.

— Melinda Sampson is NC Stop Human Trafficking’s community outreach coordinator. She can be reach at melinda@ncstophumantrafficking.org