Substance Use Disorders and Human Trafficking 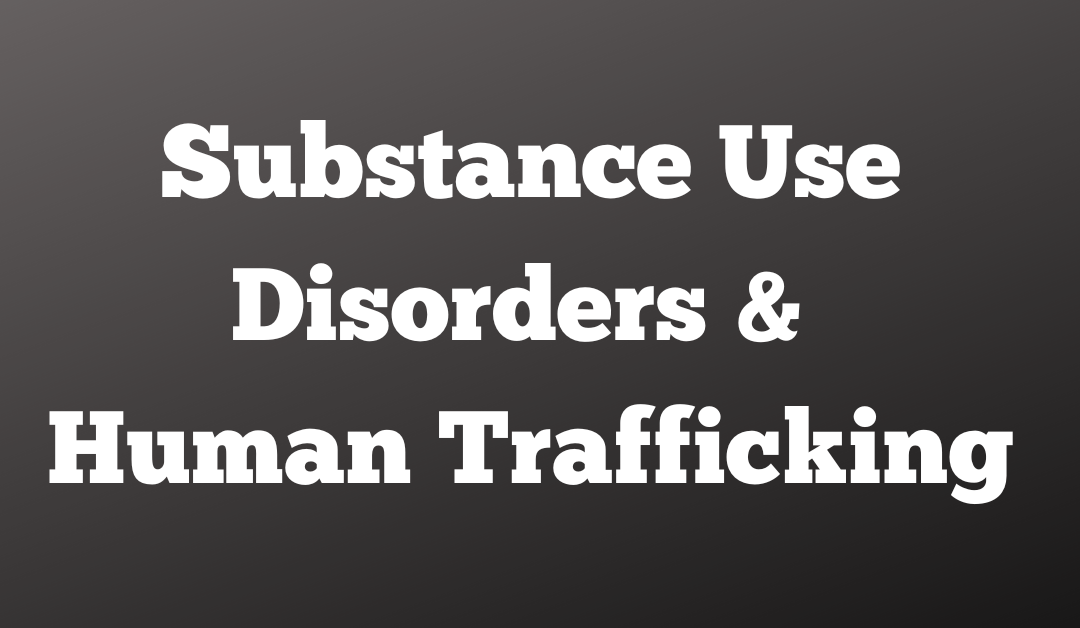 The Drug Enforcement Administration (DEA) states, “25% of human trafficking survivors have an opioid problem.” With one drug class affecting one-fourth of the survivor population, there’s no denying the intersection between chemical dependency on a substance and human trafficking.

According to the U.S. Department of State, one of the ways in which the connection between substance abuse disorders (SUDs) and human trafficking manifests is through the vulnerability of a survivor. Traffickers may target certain survivors because of their substance dependency.

In some cases, traffickers go so far as to find survivors at rehabilitation centers; some traffickers run such facilities.

This is often executed by providing survivors with substances, then abruptly discontinuing this process and requesting payment. The process of withdrawal takes an extreme toll on these survivors. The Department of Justice explains that symptoms result in not only physical pain but also mental anguish as the body attempts to regulate chemical changes.

A second intersection presents itself through how survivors cope with the trauma of their trafficking experience. This can occur during or after being trafficked.

There are a number of complications human trafficking survivors face when a SUD is involved. A major obstacle is the societal stigma that those struggling with substance abuse are inherently wrongful and malicious.

The RAND Corporation states that the medical field, SUD cases should be handled differently than the average survivor situation. There must be particular services in place catered to survivors struggling with a SUD. Even still, it’s difficult to keep survivors in treatment long enough to make a full recovery. Because of these complications, survivors with SUDs are prone to returning to the trafficker.

When considering our law and justice systems, a survivor with an SUD may struggle to endure the full length of the trial. Even if they do, their reliability as a witness can be diminished because of their SUD. These complications allow a larger window of time for the survivor to return to the trafficker by manipulation.

How We Can Make Change