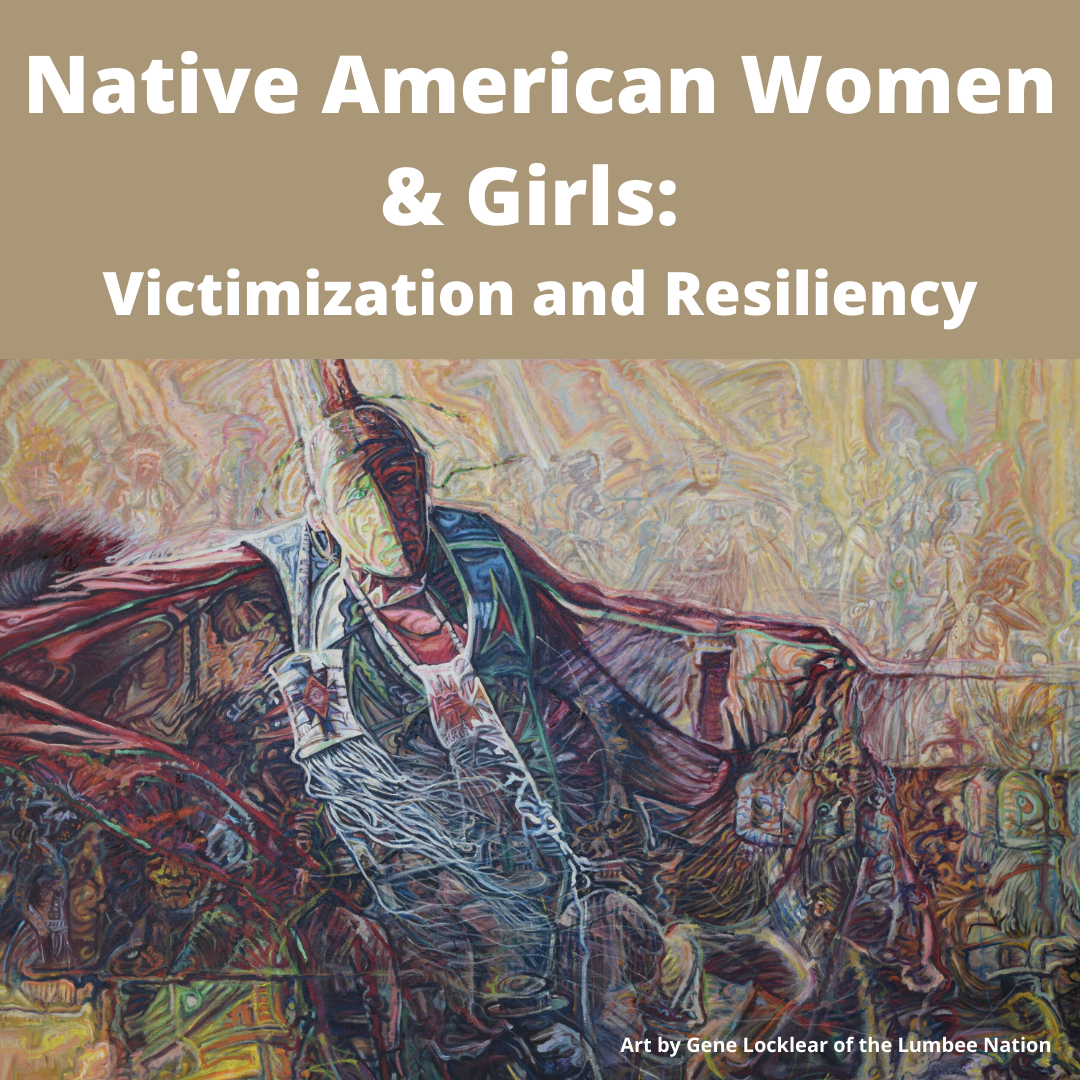 Human trafficking in the U.S. is not a new phenomenon.

If we look back at the European discovery of the Americas, it is
clear that human trafficking began with Christopher Columbus’s abuses of native
people.

Christine Stark, Native American survivor of family-based sex trafficking and sexual abuse, said during the Coalition to End Sexual Exploitation Online Global Summit this year, that Columbus was the first human trafficker to land on the shores North America, abducting native people in the Caribbean to be sold as slaves across the Atlantic Ocean.

Though hundreds of years ago, the victimization of Native American women and girls continues to this day. According to Human & Sex Trafficking: Trends in Responses Across Indian Country, researchers found that across four sites in the U.S. and Canada, 40 percent of women involved in sex trafficking identified themselves as American Indians/Alaskan Natives.

Stark also outlines that the abduction of Indigenous women and children for the purpose of sexual slavery for Columbus’s men was the cornerstone of the beginning of colonization.

As the land began to be colonized, exploitation of Native people and the land happened in all 13 colonies.

“When we talk about colonization, we know that prostitution and sex trafficking was an essential component to that,” Stark said, “… we see that the very foundation of this country resides upon the sexual exploitation, the murder, the abduction of Indigenous women and children.”

According to the “Garden of Truth: The Prostitution and Trafficking of Native Women in Minnesota,” “Prostitution is another form of this egregious violence against Native women. An honest review of history indicates that European system of prostitution was imposed by force on tribal communities through nearly every point of contact between Europeans and Native people. It is essential to understand the history of this trafficking of Native women in order to reduce the epidemic of sexual violence against them.”

Understanding the true history of how the United States was colonized, the historical trauma experienced by Native populations to this day and the systems that were set up to further dissolve Native families and communities is imperative when analyzing the alarming rates of sex trafficking among Native women and girls today.

And while it is important to understand why Native women and girls are disproportionately victimized, it is crucial that we acknowledge the incredible healing and resilience that Native communities have shown through the hundreds of years of oppression.

“Discussions concerning the consequences of colonialism and the challenges facing American Indian people frequently do not illustrate the strengths expressed by individuals and communities, as powerful stories, songs, histories and strategies for resilience are often present behind the realities of inequality, injustice and poverty. Studying the challenges American Indian people confront is helpful and needed; however, such studies provide greater benefit when combined with descriptions emphasizing the strengths of Native people.”

According to “Garden of Truth,” “Race and ethnic prejudice is
integral in prostitution. Sex buyers purchase women in prostitution on the
basis of the buyer’s ethnic stereotypes…”

This assertion bears out again and again in research that looks at
race and commercial sexual exploitation.

Sandi Pierce, PhD, of the Innovations Human Trafficking Collective, a Native American survivor of familial-based sex trafficking and romantic partner-based sex trafficking said during the Now and Next Speaker series, “What they [survivors] talked about is the traffickers deliberately targeted these kids. They were exotic, they were marketable, they were easy to access. And they could make a lot of money off of them. That is the same dynamic as the colonial era. It has never changed. It is not like the targeting is new, it has been going on since the earliest period.”

In the “Garden of Truth,” 42 percent of the survivors who were
interviewed had been racially insulted by sex buyers and/or traffickers. They
reported being called slurs based on their race (savage) which was then linked
to sexist slurs such as being called a whore/slut.

“Hatred of the
women’s skin color was reflected
in comments such as ‘Why don’t you go back to the rez – go wash the brown off
you.’ Other racist remarks by [sex
buyers] were homicidal. ‘I
thought we killed all of you.’
… For some sex buyers, the racist degradation was sexually arousing and was integral to his sexual use of Native women.”

From “Garden of Truth” – “In some cases, johns wanted to role-play colonist and colonized
as part of prostitution, ‘He
likes my hair down and sometimes he
calls me Pocahontas. He likes
to role play like that. He wants
me to call him John.’”

Native women who are involved in prostitution also reported little help came from the police who specifically targeted them for harassment and abuse.

“The police harass me a lot. They see me riding up on the sidewalk and assume I’m drunk. They assume Native Americans are all drunk,” one survivor reported in “The Garden of Truth.”

These vulnerabilities are attributed to government policies that led Native people to be uprooted from their land and treated poorly.

The historical trauma of the impacts of colonization and the subsequent U.S. policies that tried to strip away their culture and pushed them into poverty, led to a disconnection for many Native people from their community and their supports.

It would be remiss of anyone to not acknowledge the lasting impacts
of U.S. government policies on the Native American populations, and how those
policies directly caused homelessness, poverty, an increase in substance use,
and an increase in interpersonal violence.

An advocate in Minnesota explains it best in “Shattered Hearts: The Commercial Sexual Exploitation Of American Indian Women And Girls In Minnesota,” “We don’t necessarily talk about relocation, which was a formal government policy, and that relocation in particular made our families vulnerable. It was both extreme poverty there [on the reservation] and extreme poverty here [in the city]. Our families lived on the banks of the Mississippi in Minneapolis when we first came here because we couldn’t get houses, we couldn’t get jobs, nothing. We couldn’t live together either.”

Homelessness and poverty have the capacity to lead to sex trafficking.

From the same “Shattered Hearts” report, an advocate in Duluth
explained, “Sexual exploitation for
the young women and the girls we work with
is such a secondary issue. It’s
like, ‘Help me find shelter,
help me find food, help me find clinics.’ And
then if you work with them
long enough it’s ‘Oh yeah, I was sexually exploited.’”

Other vulnerabilities that Native women and girls experience are related to interpersonal violence, high levels of Native children in the foster care system and have experienced trauma.

All of these factors that have resulted from systemic abuse of Native populations serve as a pipeline to commercial sexual exploitation.

While discussing the victimization of Native Americans in human
trafficking, it is important to honor the resiliency of these communities. They
have continued to survive through all of these abuses and tribal organizations
and communities are still working to keep their culture alive and thriving.

Shattered Hearts acknowledges the importance of honoring the
resiliency and the work in Native American communities and makes it a point to
say in the report the “goal in
developing this report was to give our Native communities
and their allies
in the larger society information that could help pave the path
to healing.”

“It is important to recognize that the continued existence of
American Indian communities is
a tribute to the resilience of
Native people and their unending efforts to retain their language,
social relationships, and
culture. Many, many Native people are working to strengthen
and heal their communities and to provide healthy options and positive futures
for Native youth, and those efforts do make a difference.”

It is suggested in the report “Strategies to Restore Justice for Sex Trafficked Native Women” that looking at the institutional inequities and injustices is also imperative and scaling back the criminal justice aspect of these instances could potentially be a better way to see that these survivors receive justice.

“While work
toward improving the criminal justice system for Indigenous prostituted and
trafficked women should continue, collaboration should begin so that Indigenous prostituted and trafficked women
can access civil litigation should they choose to do so. This would not only benefit them, their families, and
Indigenous communities, civil litigation may be the only feasible way to impact
the institutionalization of the
prostitution and trafficking of Indigenous women in North America, particularly
when corporations, governmental
institutions, and organized crime are involved. Given the historical and
contemporary transnational aspect
of the sex trafficking and prostitution of Indigenous women, comprehending what
Indigenous women have been
experiencing for hundreds of years will lead the way toward a future in which
no one is bought or sold.”

North Carolina has the largest Native American population east of
the Mississippi Rivers, and these populations of people in the state are
affected by the same issues as other Native American tribes across the country.

READ: Proclamation of Day of Awareness for Missing and Murdered Indigenous Women

In an interview with WUNC, N.C. Public Radio, Crystal “Red Bear” Cavalier Keck, said, “Human trafficking – it can happen to anyone – however it is disproportionately happening to our Native American people. And the reason why is the lack of resources, lack of employment opportunities, prior abuse, substance abuse, intergenerational trauma, and jurisdictional challenges. We need to heal these communities to unite our tribal nations in order to battle human trafficking.”

This comment stemmed from the discussion around missing and murdered indigenous women in the state and how agencies can work alongside tribal leaders to solve these cases that are burgeoning in the state of North Carolina.

READ: Native American women can be ‘easy prey’ for violence. It’s a crisis in NC.